There are a ton of scams in the crypto space. Fortunately, it’s typically quite a simple process to differentiate the kosher from the bunk. Usually. What about when the shitcoin bag you married exhibits the typical signs? Your bag couldn’t be a worthless scamcoin, right?

Senior Liquidity Provider at BitMEX “greenjeff” jeffthebaker has been advocating for a little known ERC-20 token since he bought into the ICO last August. The token, Endor Protocol, has fallen consistently in price since ICO. For most of this duration, jeff and others remained unphased, everyone was getting beaten by the bear market.

Until it wasn’t a bear market, and the other coins started to rebound. Not EDR, which continued to fall, now down over 99% from prices just over a year ago. 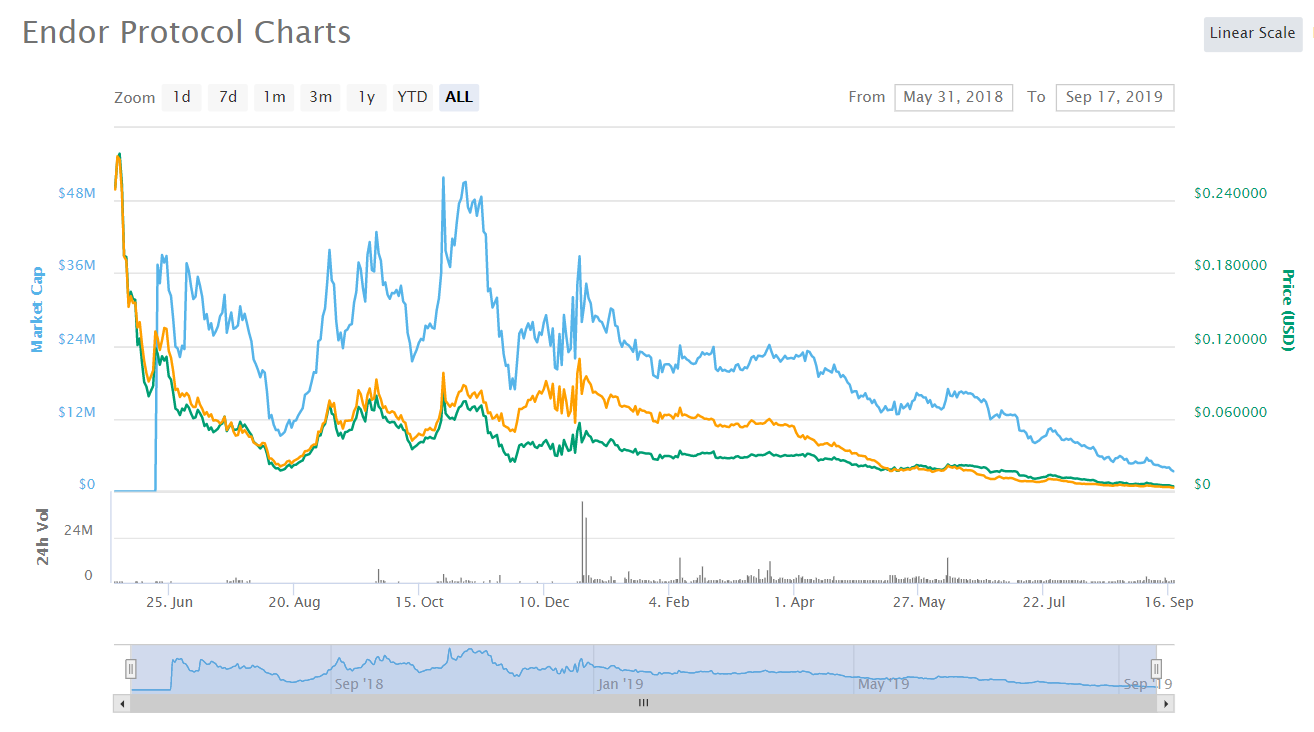 Things just weren’t adding up for greenjeff and fellow bagholders. Endor Protocol boasted a list of clients more impressive than any other crypto project, including the likes of Walmart, Coca Cola, and Mastercard. Their team comprised of world leading experts. The project’s revenue persisted well into the six figure range. Regardless, the price just kept falling.

Jeff, along with several others, began pushing for an “Ask Me Anything” with the team in order to get questions answered and have concerns resolved. After getting the run around for several weeks, jeff took it upon himself to ask every single day for an AMA date until one is received. At time of writing, he is on Day 36 and has not yet gotten any encouraging responses.

Despite being told by community moderators to “stop” multiple times, jeff indicates that he has no intentions to stop until the truth is revealed.

Things aren’t looking good for ol’ jeff and the boys. Yesterday, Kucoin has announced plans to delist EDR. This is especially unfortunate considering the Endor Protocol team likely paid the hefty six figure listing fee to be traded on Kucoin in the first place.

The community moderators have indicated that “this is good for Endor”. Jeff is skeptical of this claim, but indicates he still intends to hold his bags and probably buy more because “this might be the cheapest EDR ever sells for”. He also plans to continue asking for an AMA every day, even though they always ignore his request.