The Enjin Coin marketing team has done it yet again- proving that you can single-handedly carry an entire project by pump news and hype making, actually development be damned.

A few days ago, the Enjin Coin marketing department secured a key payment, I mean, partnership with Samsung that resulted in ENJ being displayed as one of the ERC20 tokens in the S10 Ethereum wallet demo. Keep in mind, it’s a fucking Ethereum wallet. Every ERC20 will be compatible. In other words, this is HUGE.

If you’ve been ENJ-curious, don’t fret, the growth was totally organic and should continue to persist on this earth-shattering development. Keep in mind, ENJ is only like US$0.20. Bitcoin is at $3900 and wasn’t listed as one of the assets available in the Samsung Galaxy S10 Ethereum wallet demo. I’m not saying it still has a 1000x to go, buttttttt… 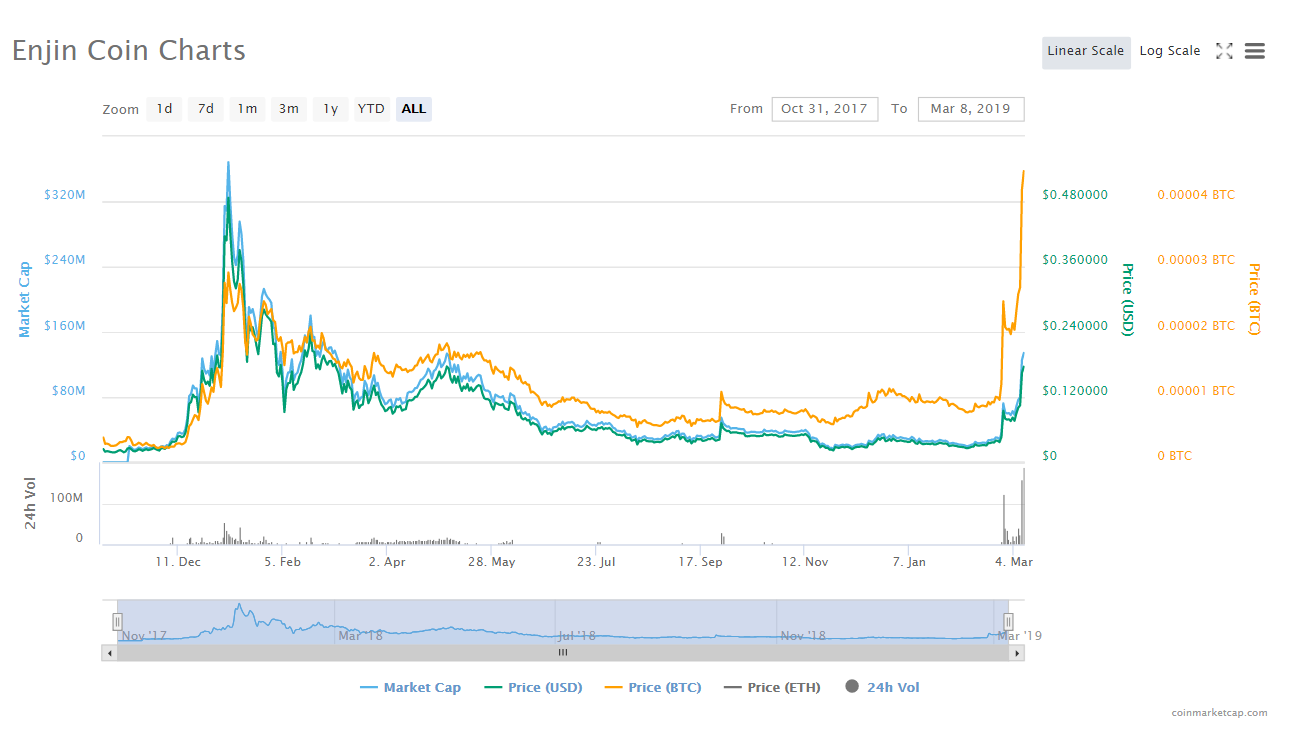 Of course, it’s not only marketing that’s gotten Enjin Coin to where it is today. Let’s take a look at the road map to see all the great developments they’ve made since their 2017 ICO.

So basically, Enjin Coin is churning along great. Of course, this support is also bolstered by the massively popular Enjin Forums with a few dozen or something active members. Check out all these popular communities with hundreds of thousands of registered users of which there are like 5 monthly active users. Minecraft totally isn’t dead so all their tens of millions are obviously still very connected with the servers that definitely still exist from a seven years ago.

If you don’t believe me about there being millions of supporters then look at the supporters page which compromises “1.5 million members”. For an added challenge click through the communities and find all of the ones that aren’t shut down/have zero active players. Try and beat my high score which was about half a dozen.

Enough about the forums, lets talk about the bread and butter. The E N J I N C O I N M U L T I V E R S E. Earlier on in 2018 Enjin paid a bunch of “top tier” blockchain games I mean forged strategic partnerships to use their ERC format. The multiverse is THRIVING with a whopping zero-ish active players across all the massive environments that make it up.

Enjin Coin holders have a very high IQ and in depth knowledge of the crypto space, especially in the gaming niche. Enjin Coin is the best blockchain gaming project (wait, ENJ even applies to blockchain gaming? [it doesn’t]) and this is only the beginning. It’s currently at a similar valuation to projects with millions of users, government partnerships, and industry shaping implications. Alas, it’s still undervalued and you should absolutely buy in if you haven’t already or get BTFO.